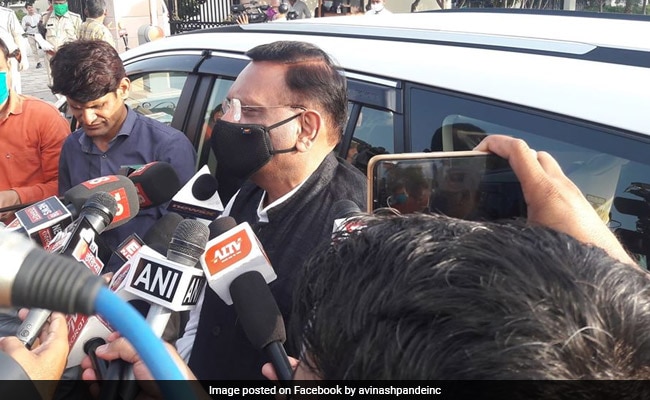 Avinash Pande said Congress chief Sonia Gandhi has been briefed on the developments.

Rajasthan Deputy Chief Minister Sachin Pilot has been incommunicado for the last two days, Congress general secretary in-charge for the state Avinash Pande said on Sunday, as the party scrambled to contain the crisis triggered by Mr Pilot’s revolt. However, all Congress MLAs are in touch and the Rajasthan government will complete its term, Mr Pande insisted.

The Congress veteran also said he did not know of which MLAs were supposed to have sided with Mr Pilot, who has long been locked in a tussle with Rajasthan Chief Minister Ashok Gehlot.

“I have not talked to Pilot for the last two days and I’m trying to reach out to him. I have left messages for him,” he told news agency PTI, saying his silence was leading to anxiety in the state unit.

Just three months ago, former Congress leader Jyotiraditya Scindia too had similarly gone underground, while orchestrating an uprising that brought down the party’s government in Madhya Pradesh. He and 22 MLAs later joined the BJP.

That risk was not there this time, Avinash Pande claimed. “All Congress MLAs are in touch with me and the government in Rajasthan is stable and will last its full term,” he said.

The Congress general secretary said party chief Sonia Gandhi has been briefed on the developments in Rajasthan.

Mr Pande also said that everyone should cooperate in the investigation being carried out by the Special Operations Group (SOG) of Rajasthan Police that ticked off Mr Pilot.

The SOG had registered a First Information Report or FIR based on tapped phone conversation between two men over alleged attempts to bribe Congress MLAs to topple the Gehlot government . “Everyone should cooperate with Rajasthan SOG. There is no harm in joining the probe,” he said.

Mr Pande alleged that the BJP is trying to destabilise the Congress government in Rajasthan.

“Their attempt is to create an atmosphere of uncertainty in Rajasthan. But, they will not succeed in their attempts,” he said.

A power struggle between Ashok Gehlot and his deputy Sachin Pilot, which emerged since the Congress’s leadership picked the senior leader for the chief minister’s post, appears to have deepened with those in Mr Pilot’s camp claiming that there have been repeated attempts to undermine his authority.

The latest flashpoint between the two is a notice issued to Mr Pilot by the Rajasthan police’s Special Operation Group in the case related to alleged attempts to bribe Congress MLAs to switch sides in the Rajya Sabha polls.

Mr Gehlot, however, has pointed out that a similar notice has been sent to him, the government’s chief whip as well as some ministers.

Sachin Pilot’s steps so far has drawn comparisons to the playbook of Jyotiraditya Scindia, who made his move in March after nursing for over a year his resentment with the Congress leadership. He is now a Rajya Sabha member of the BJP.

(With inputs from PTI)