Ekta Kapoor has already announced the fifth season of the supernatural show. ‘Naagin 4’ will end soon.

New Delhi: And… the shootings resume. Nearly three months after the lockdown was imposed to contain the spread of the coronavirus, television shows have now resumed the shootings under the new guidelines. On Saturday, the ‘Naagin 4’ crew was back on the sets to shoot the finale of the top-rated show.

Actress Nia Sharma, who headlines ‘Naagin 4’ was happy to be back and posted pictures from her vanity van to inform her fans. “Cut to – 3 months later… back to set, my vanity!! ‘Naagin 4’ (Jaan hatheli pe lekar),” she wrote.

Actress Rashami Desai, too, was elated to join the crew. “It’s good to be back,” she posted on her Instagram stories. 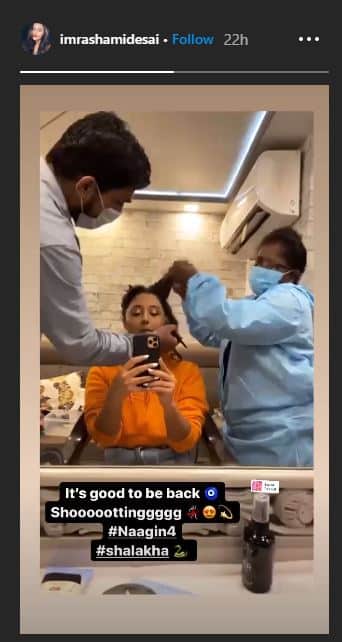