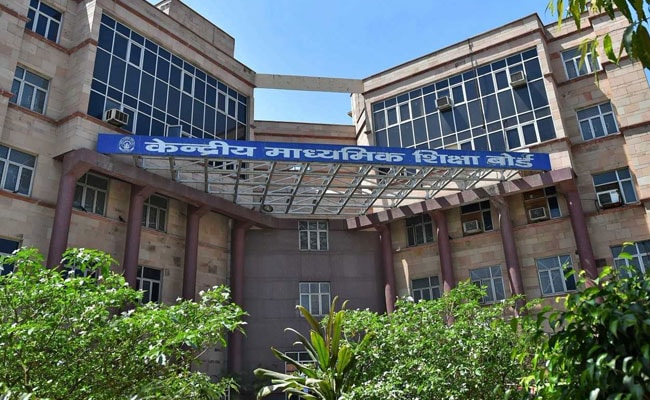 Bengal Chief Minister Mamata Banerjee has said she is “shocked” by the centre’s decision to drop subjects like democratic rights, federalism and secularism from the Economics and Political Science syllabuses of Classes 9 to 12 in all CBSE-affiliated schools.

Ms Banerjee said she “strongly object(ed)” to the move, which was announced yesterday by the education ministry on account of the “extraordinary situation in India” – a reference to the COVID-19 pandemic that has seen schools shut for over two months.

“Shocked to know that the central government has dropped topics like citizenship, federalism, secularism and partition in the name of reducing CBSE course during the COVID-19 crisis,” Mamata Banerjee tweeted Wednesday.

“We strongly object to this and appeal to the HRD Ministry, Government of India, to ensure these vital lessons aren’t curtailed at any cost,” the Chief Minister said.

On Tuesday the CBSE (central board for secondary education) said it would reduce students’ workload in light of the lockdown. Education Minister Ramesh Pokhriyal said, “It has been decided to rationalise syllabus up to 30 per cent by retaining the core concepts”.

This reduction in syllabus is be applicable for the entire 2020-21 academic year, the government said.

????Considering the importance of learning achievement, it has been decided to rationalize syllabus up to 30% by retaining the core concepts.@PMOIndia@HMOIndia@HRDMinistry@mygovindia@transformIndia@cbseindia29@mygovindia

“Core concepts”, it transpired, did not include like “secularism” and “federalism” for Class 11; “environment and natural resources” and “social movements” for Class 12; and “democracy and diversity” and “caste, religion and gender” for Class 10.

Class 9 students will not be taught from chapters on “democratic rights” and one on “food security” has been deleted as well.

Mamata Banerjee and the centre have clashed repeatedly over the past months, with the Chief Minister alleging the stifling of democracy in Bengal and threatening of the spirit of federalism.

In May, the Chief Minister said the centre was trying to bulldoze co-operative federalism by not helping states whose economies had been worst hit by the coronavirus lockdown.

She made a similar attack in April, hitting out at the dispatch of IMCT (inter-ministerial teams) to report on her handling of the COVID-19 crisis. She said: “this might not be consistent with the spirit of federalism”.

The BJP has responded in kind, with party President JP Nadda attacking Ms Banerjee this week over the COVID-19 crisis. “The West Bengal chief minister doesn’t believe in cooperative federalism. She is not keen on sharing COVID data with the centre,” he declared.

Mamata Banerjee isn’t the only opposition leader to criticise the exclusion of such topics from the syllabus of young Indians who, as Congress leader Shashi Tharoor said, are “on the cusp of becoming voters”.

Mr Tharoor tweeted: “One has to doubt the motives of those who selected the topics to drop. Have they decided democracy, diversity, secularism and “the like are more dispensable concepts for tomorrow’s Indian citizens?”

3/3 One has to doubt the motives of those who selected the topics to drop. Have they decided democracy, diversity, secularism&the like are more dispensable concepts for tomorrow’s Indian citizens? I urge the Govt to rationalise the curriculum rather than strip it of civic values.

Mr Tharoor’s party colleague, Jairam Ramesh, wrote: “What else to expect from a regime headed by someone claiming to have a degree in ‘entire political science’?”