Coronavirus Live Updates: Full lockdown will be enforced every Sunday in Karnataka from July 5 , the state government has decided after a meeting called by Chief Minister BS Yediyurappa to discuss the coronavirus situation, on a day when the state capital Bengaluru reported 596 positive cases – the highest one-day spike in the city. No activity will be allowed on Sundays, except essential services.

Monday onwards, night curfew will start from 8 pm from the earlier 9 pm, but the end time of 5 am will remain, officials said.

All government offices will have a five-day week with Saturday as holiday.

Six days after it recorded four lakh infections, India’s COVID-19 tally raced past five lakh on Saturday with the highest single-day jump of 18,552 cases, according to Union health ministry data. 384 COVID-19 deaths were also reported during the period, taking the total number of casualties due to the virus to 15,685. The number of active cases stands at 1,97,387, while 2,95,880 people have recovered and one patient has migrated, according to the updated figure at 8 AM.

Kerala Health Minister KK Shailaja has said that the state has started antibody tests in airports for expats.

In a press release, Ms Shailaja said, “The state has started antibody tests in airports for expats. Elaborate arrangements have been done to identify COVID-19 infected persons and to ensure treatment. Kiosks have been set up to conduct antibody tests in Thiruvananthapuram, Ernakulam, Kozhikode and Kannur airports.”

“The kiosks have been set up in association with HLL Lifecare Ltd and 14,800 test kits have been arranged through Kerala Medical Services Corporation Ltd (KMSCL). More numbers of kits will be arranged as the number of persons increasing,” Kerala Health Minister said.

India’s fight against the novel coronavirus pandemic is driven by its people, Prime Minister Narendra Modi has said, attributing the success against the contagion to the implementation of the nationwide lockdown in its initial phase.

In an address during the virtual meeting of the American Association of Physicians of Indian Origin (AAPI) on Saturday, PM Modi said that the COVID-19 had been used as an opportunity to work towards making the country self-reliant.

This is for the first time that an Indian prime minister addressed the annual meeting of the AAPI, a representative body of more than 80,000 Indian-American doctors in the US.

Sharing the statistics of various countries, PM Modi said India has performed much better in the fight against the coronavirus.

“As against the death rate of 350 individuals per million in the US and over 600 per million in European nations like the UK, Italy and Spain, the rate of fatalities in India is less than 12,” he said.

Full Lockdown In Karnataka On Sundays From July 5, Night Curfew Changed
Full lockdown will be enforced every Sunday in Karnataka from July 5 , the state government has decided after a meeting called by Chief Minister BS Yediyurappa to discuss the coronavirus situation, on a day when the state capital Bengaluru reported 596 positive cases – the highest one-day spike in the city. No activity will be allowed on Sundays, except essential services. Read more 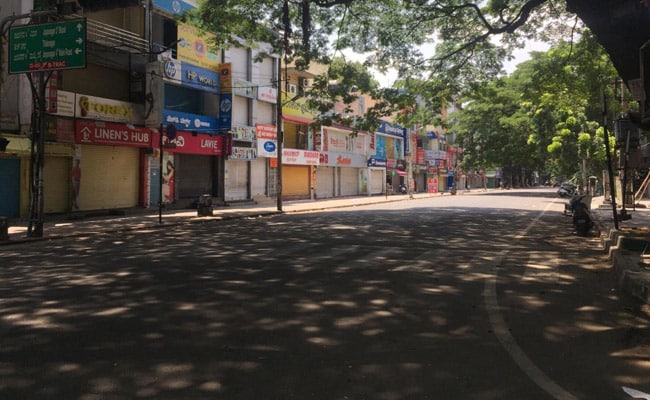 Complete Lockdown In Madurai Till June 29

The Madurai district collector on Saturday announced a complete lockdown till June 29 (6 am) in the district, as a measure to limit the spread of COVID-19.

Delivery of milk, hospitals and other pharmacies, and other emergency services will be allowed, stated the order.

As many as 68 deaths and 3,713 new cases of COVID-19 were reported in Tamil Nadu on Saturday, as per information provided by the state health department.

The number of coronavirus cases in Assam crossed the 7,000-mark on Saturday after 246 more people, including 31 police personnel, tested positive, while the death count due to the disease rose to 10, Health Minister Himanta Biswa Sarma said.

Bihar witnessed a huge hike in COVID-19 infections on Saturday, with 301 people testing positive for the virus, while two more fatalities pushed the death count to 58, officials said.

With the fresh cases, the state’s coronavirus tally has reached 8,979. According to Health Secretary Lokesh Kumar Singh, a 60-year-old man from Rohtas district died on Friday. He was also suffering from other ailments.

The other fatality was reported from Begusarai, though details like the time of death, age and medical history of the deceased were not known. Begusarai now accounts for four fatalities. Only Darbhanga, Patna and Saran — with five deaths each — have reported a higher number of casualties, news agency PTI reported.

The global COVID-19 case count has surpassed 9.6 million after more than 179,000 new positive tests were confirmed worldwide over the past 24 hours, the World Health Organisation (WHO) said on Saturday.

According to the WHO’s daily statistical bulletin, a total of 179,316 new cases were reported over the past day, a slight rise from the 177,012 new positive tests reported on Friday.

As a result of the latest increase, the global coronavirus disease case total now stands at 9.65 million, according to the WHO.

A further 6,866 deaths were also registered over the past 24 hours, taking the global COVID-19 death count to 491,128, the organisation stated. The Americas were the most severely impacted, recording 74.8 per cent of all deaths over the past day.

On Wednesday, WHO Director-General Tedros Adhanom Ghebreyesus said that the organisation fully expects the global case total to surpass 10 million next week. He added that almost four million new cases have been registered over the past month.

The United States on Saturday surpassed 2.5 million coronavirus cases, a tracker maintained by Johns Hopkins University showed, as the world’s hardest-hit country grappled with a surge of infections in several states.

Florida on Saturday reported a record 9,585 cases in 24 hours as infections there spike. The state’s rapid reopening saw young adults flocking to beaches, boardwalks and bars.

It’s among the more than half of US states, particularly in the South and West, seeing spikes in COVID-19 cases — a dramatic setback to efforts to reopen and salvage badly battered economies.

Texas and Florida, which both have Republican governors who resisted prolonged lockdowns, have announced new restrictions on bars.