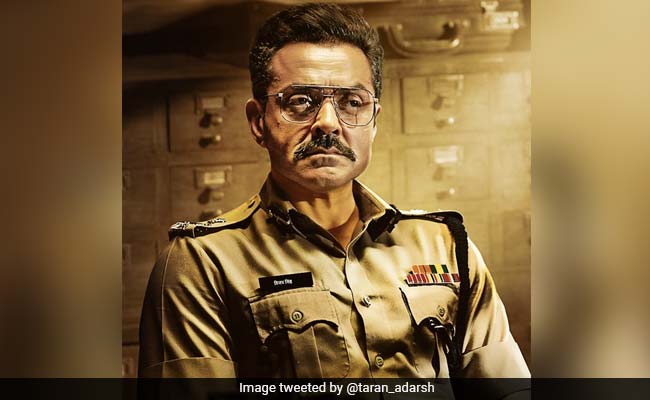 Book the date, guys. Bobby Deol’s much talked about digital debut – Class Of ’83 – is all set to premiere on Netflix on August 21. The 51-year-old actor made the release date announcement on Twitter on Thursday morning with a brand new poster featuring himself in his onscreen persona, also revealing that the trailer will be dropped on Friday. Class Of ’83 is the story of a dedicated policeman turned police instructor Vijay Singh, whose trainees find themselves conflicted with concepts such as honour and devotion. “It’s not which side you are fighting for, it’s what you are fighting against,” Bobby Deol wrote. Class Of ’83 also marks Bobby Deol’s digital debut.

It’s not WHICH side you are fighting for .. It’s WHAT you are fighting against#ClassOf83 trailer out tomorrow. Produced by @RedChilliesEnt Premieres August 21, 2020 only on @NetflixIndiapic.twitter.com/oCwaLhYKui

Last month, the actor shared his first look at Dean Vijay Singh, describing his role as “an experience like never before.” Class Of ’83, which is said to be based on Sayyed Yunus Hussain Zaidi’s book The Class Of 83, is Shah Rukh Khan’s production house Red Chillies Entertainment’s first produced Netflix film. Red Chillies has previously collaborated with Netflix for web shows like Betaal and Bard Of Blood.

Playing Dean Vijay Singh was an experience like never before #ClassOf83 coming soon on @NetflixIndia a film by @iamsrk‘s @RedChilliesEnt directed by @sabharwalatul produced by @gaurikhan@_GauravVerma#bhupendrajadawat#hiteshbhojrajpic.twitter.com/ciRWcVLXF3

Class Of ’83 is among the 17 new films and shows lined-up for release on Netflix – the dates are being announced gradually. Premiere dates for Janhvi Kapoor’s Gunjan Saxena: The Kargil Girl and Alia Bhatt’s Sadak 2 have been announced to be August 12 and August 28, respectively. Upcoming big releases on Netflix include films such as such as Sanjay Dutt’s Torbaaz, the multi-starrer film Ludo and Ishaan Khatter’s A Suitable Boy.